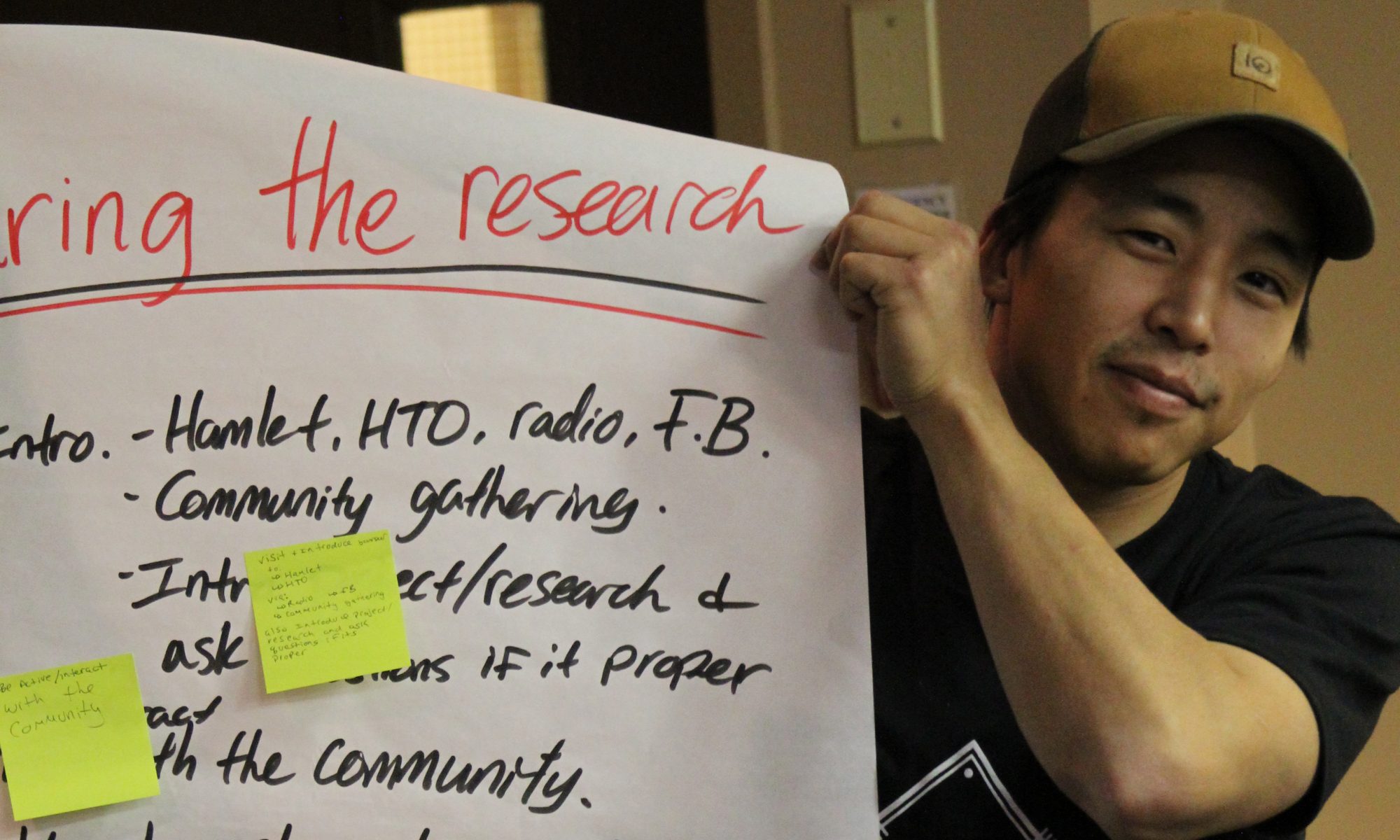 Ikaarvik youth work with all kinds of researchers who come to the Arctic to conduct their work. But they aren’t field assistants, bear monitors and snow machine drivers. Ikaarvik youth are mentors, helping to ensure researchers collaborate meaningfully with local communities and effectively combine Indigenous Knowledge and Western science. The researchers can get the most out of their limited time in the North and local communities meet their own needs as well. The results benefit both North and South.

When researchers truly collaborate with Northern Indigenous communities, everybody wins.

Indigenous Peoples around the world have been asking not for consultation, but for collaboration in setting and carrying out research agendas. Researchers who wish to work in Nunavut are required to incorporate Inuit Knowledge, customs and values (Inuit Qaujimajatuqangit, or IQ) and work meaningfully with Inuit communities in their research. But even if they weren’t, it’s the right thing to do and it leads to better, more efficient research and more robust and relevant results. And that means we all benefit from more informed and effective decision making, policy and practice.

But what is Inuit Qaujimajatuqangit? What does it mean to “incorporate” it into research? What does it look like when it’s done right? What does “meaningful engagement” mean to Inuit communities? And how is any of that different than what often happens now?

ScIQ (combining science and IQ) is a way to begin answering those questions.

Through a series of workshops, Ikaarvik youth in four Nunavut communities have been exploring the strengths of both Inuit Qaujimajatuqangit and Western science as different but equally powerful ways of knowing and understanding the world around us. Identifying the unique strengths each brings to problem solving makes it easier to understand how the two can be combined into a whole that is much greater than the sum of its two halves. It also turns out that understanding what IQ is and truly incorporating it into research is the key to achieving the other important goal: collaborating meaningfully with Inuit communities for everyone’s benefit. That’s because IQ is not just Inuit Knowledge about the natural world; it is also a roadmap for Inuit values and principles for interacting with each other and the world around us.

In 2018, Ikaarvik youth from Gjoa Haven, Kugluktuk and Pond Inlet joined youth in Cambridge Bay for a ScIQ Summit to further discuss and explore their ideas. The result was over 40 recommendations for real, practical actions and attitudes that are examples of incorporating IQ into Arctic research and, in the process, building meaningful collaborations with Inuit communities.

In addition to the video above, you can read the Ikaarvik youth’s ScIQ paper published in the peer-reviewed journal Arctic Science.

Return to the home page